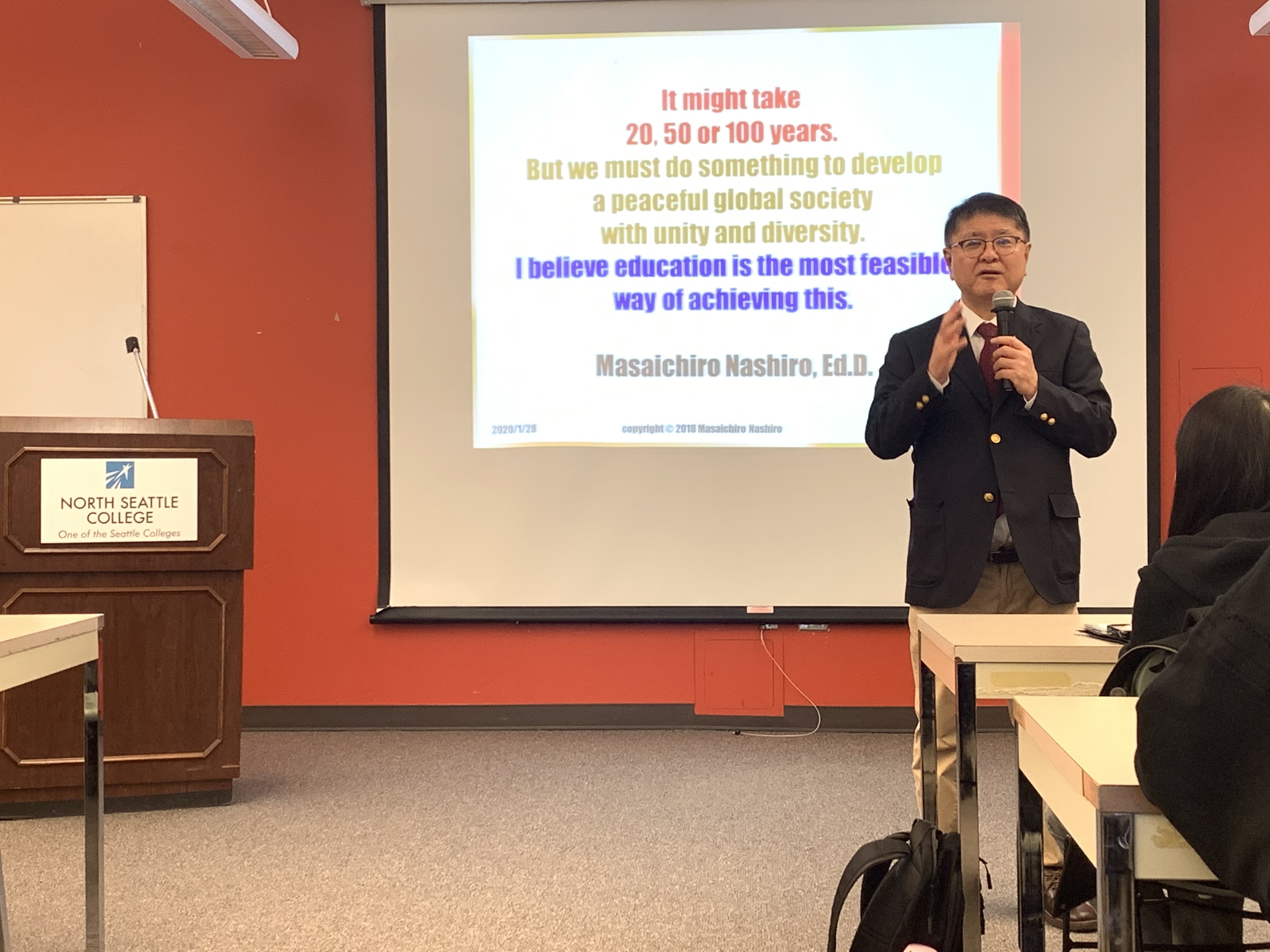 North Seattle College recently welcomed Dr. Masaichiro Nashiro to deliver a guest lecture to the NSC community on How Have Okinawans Become Japanse.

During their visit they heard Dr. Nashiro's lecture and Doctoral work on Japanese and Okinawan education and culture over time. He spoke about the history of Okinawa and how language and education played a huge role in shaping the culture depending on who was “in charge”. Okinawa has a history of independence and occupation that he discusses in his lecture. Members of the team described learning with Dr. Nashiro as illuminating and amazing.

Dr. Nashiro, Vice Chairman of the Board of Directors of Okinawa Shogaku High School, has been working for the high school as a social studies and English instructor since 1985. Following his time at the high school, Dr. Nashiro taught modern Japanese history at St. John’s University and College of St. Benedict in Minnesota.

Since 2007, when he returned to Okinawa, Dr. Nashiro has been reforming his school’s education system by applying what he learned during his 20-year experience as an educator in Japan and in the U.S. The increasing number of lectures and presentations Dr. Nashiro has been asked to give by educational institutions of various kinds, shows that his education reform is highly regarded.

Now, Dr. Nashiro is trying to find like-minded schools throughout the world, especially in the United States and Canada, which share similar goals concerning the mission of creating a peaceful global society with unity and diversity.

Okisho has 31 partner schools all over the world, including colleges and universities (Washington State University, University of Idaho, and now, North Seattle College.

Moving forward, there are future plans to invite a student from Okinawa Shogaku High School to NSC in Summer 2020.